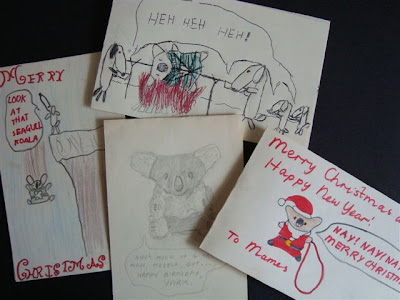 One of the things I love most about visiting Jack's parents' house across the road, is that after half a century or so of living under one roof, and throwing very little away, John and June's home is a massive archive of their family life. This is a real novelty for me because my family used to move house frequently and Dad always organised a big purge of stuff before each move. As a result, beyond a box of badly cropped family snapshots, and a few books, we have very little material evidence of our young lives. That probably explains why I get so excited whenever I come across pictures and stories by the Ross kids, and believe me, they were prolific writers and artists from a very young age.
I found the cute little batch of cards shown above the other day. You might recall a couple of posts I wrote three years ago about an amazing archive of Ross family juvenilia known as the 'Kwalic Documents'. You can read part one here and part two here. The archive related to a Kwalic Kingdom that Jack and his sister Anne invented as children, populated by a clan of koalas. Each member was recorded in a hand-drawn Kwalic family tree, and the archive included historical documents, a comprehensive list of rulers, wills and other legal papers, battle plans and written accounts of various wars, as well as an array of stuffed koalas, each with its own distinct personality, most of which were sewn by Anne.
The major protagonist in the Kwalic saga was a handsome koala named Allogee. A delightful legal document I found in an envelope last week shows how very 'serious' the contest for Allogee's affection was between Anne and Jack: 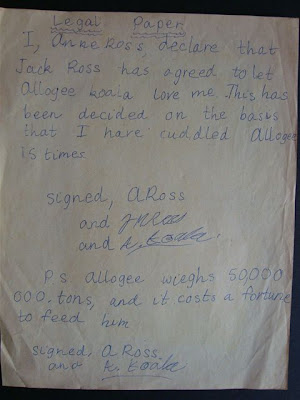 As well as these lovely additions to the Kwalic Archive, June showed me a folder containing some of Anne's hand-drawn school projects. 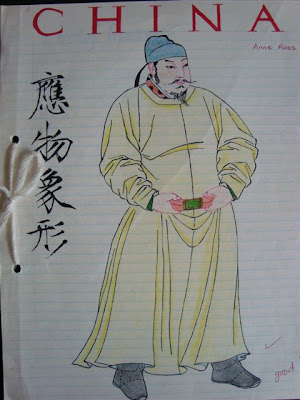 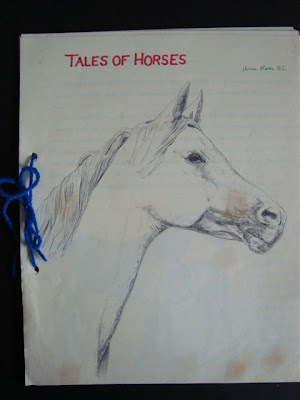 I took the folder home to have a proper look, and was so blown away by the artistic flair, composition and layout of Anne's projects, that I wanted to share a selection of the illustrations with you here. In the age of computers, hand-drawn school assignments of this kind are now a thing of the past, so it's nice to be reminded  of the individuality of projects like these, and get a sense of the passion and dedication that went into producing each one, carefully written and illustrated on pages of lined refill, and neatly tied together with a length of coloured wool. 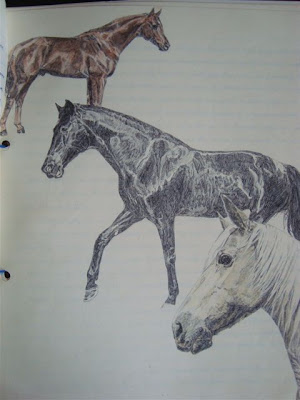 An illustration from 'Tales of Horses' by Anne Ross 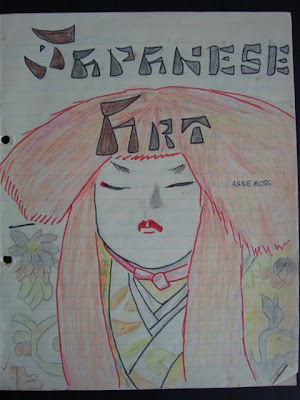 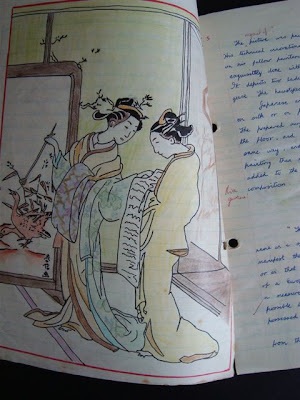 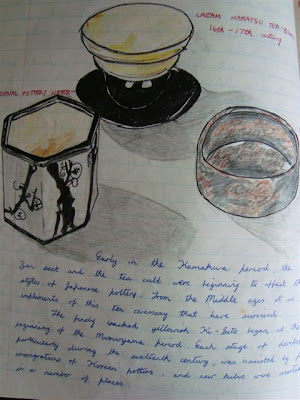 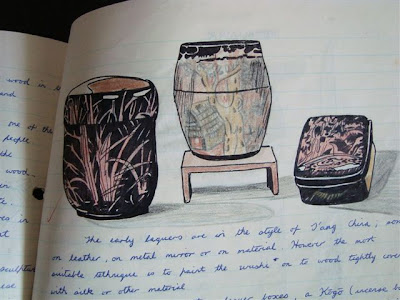 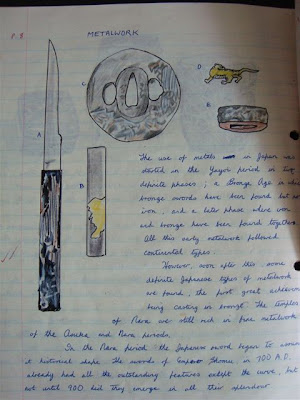 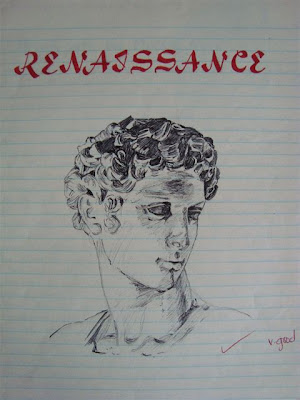 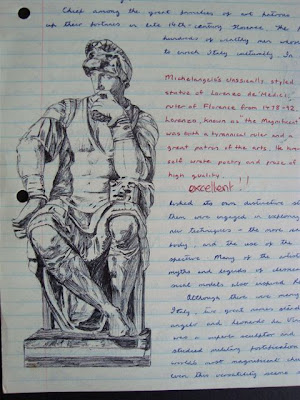 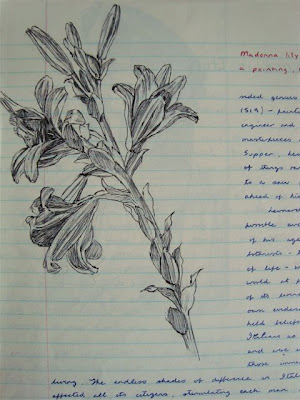 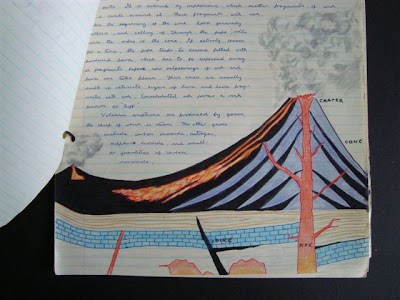 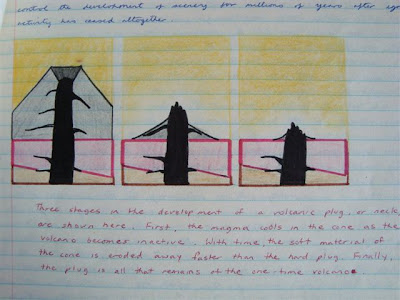 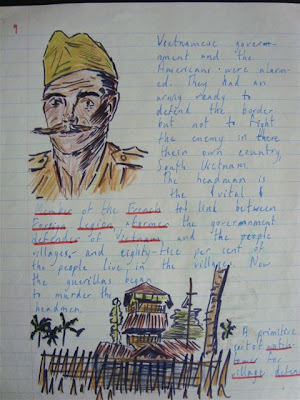 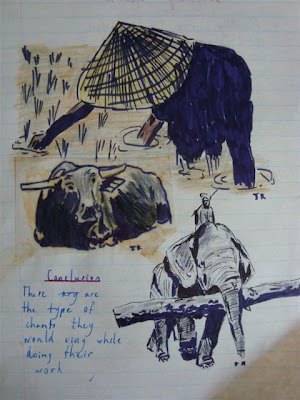 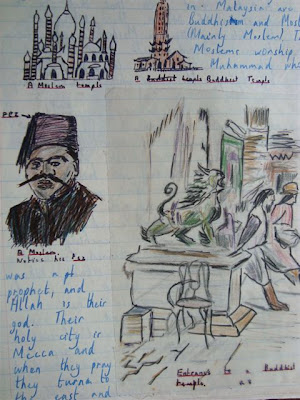 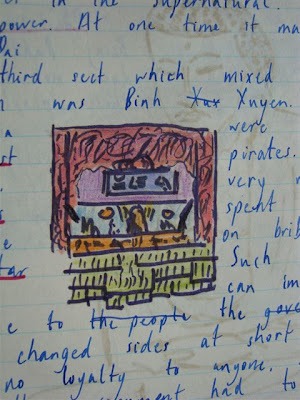 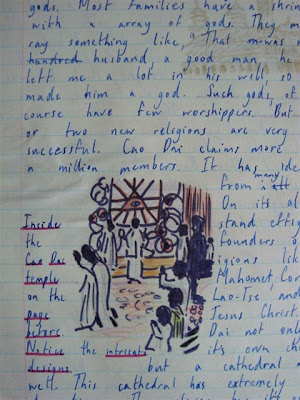 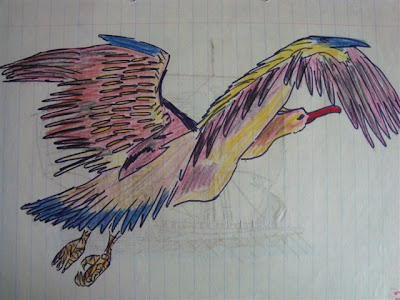 Dr Jack Ross said…
These pictures look fantastic still. Anne was the best of us - or that's how I see it, anyway.

June Ross said…
Thanks so much, Bronwyn, for publishing this sample of Anne's work. Her artistic and literary talents were indeed amazing.
November 5, 2011 at 1:42 PM 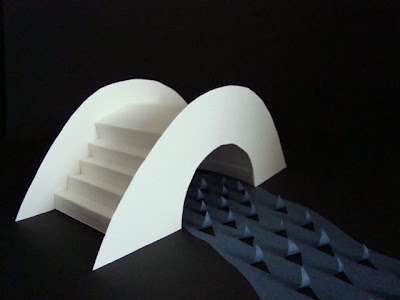