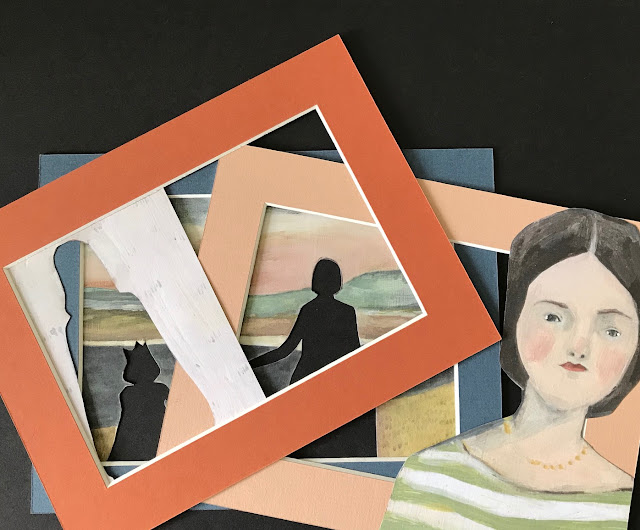 It's that time of year again when I choose a recent poem of Jack's and work it up into something special for his birthday. This year I selected a beautiful poem, ostensibly a tribute to the late actor Alan Rickman, but really a poem about Jack's late sister Anne:

my sister died
or rather
killed herself

so hungry ghosts
seemed documentary realism
to me

every evening
1991
an unhappy time 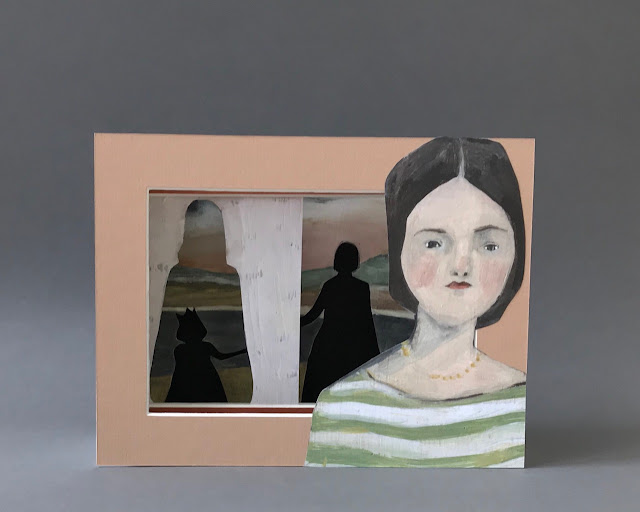 I created a three layer tunnel book using silhouettes of images cut from old issues of Frankie Magazine. I like the way that the silhouettes speak of loss, absence and memory. 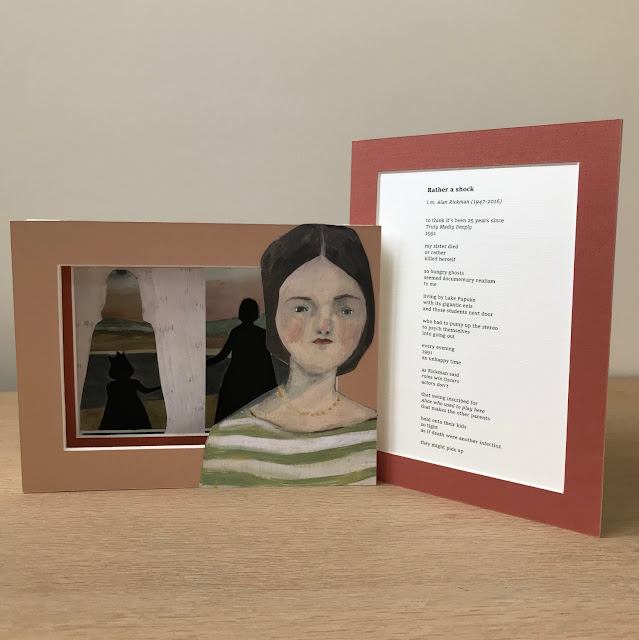 I printed the poem on a lovely piece of acid free linen paper and mounted it behind a coloured matting. It just slots into one of the side folds of the tunnel book to display it. 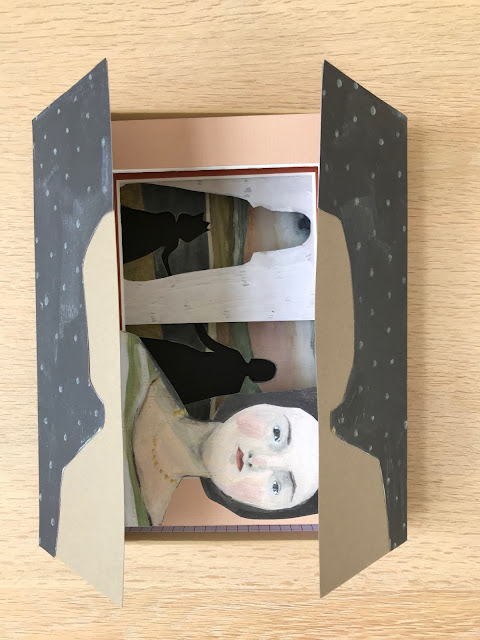 For the finishing touch, I made a gate-fold slipcase using another silhouette (cut in half) that becomes a single figure when the gates are closed.
Labels: Gifts Jack Ross Models Paper Crafts Poetry pop-ups Wrapping